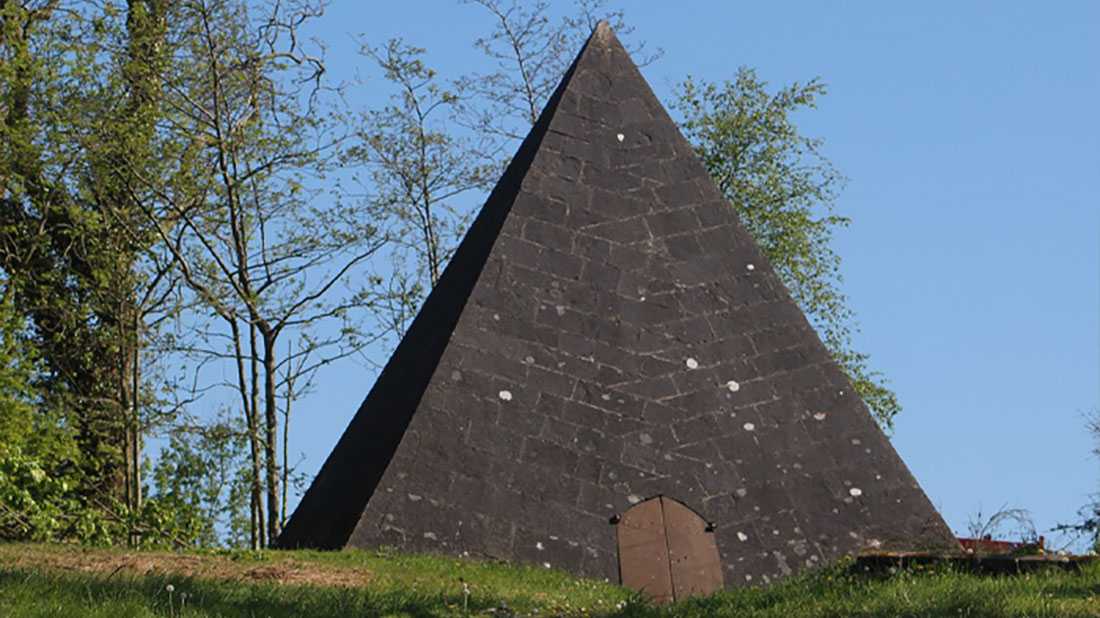 Posted at 14:37h in Top things to do in Kinnitty by Chris
0 Likes

Ardmore Country House is the only bed and breakfast in the world with a view of a pyramid, or so we think. The Pyramid at Kinnitty is located on a hill at the rear of St Finian’s church and is visible from the front rooms of Ardmore House.

The Kinnitty Pyramid was built in the 1830’s  as a tomb for the Bernard family who lived in Kinnitty Castle at that time. The Castle was then known as Castle Bernard. The pyramid  which you can see form the front of Ardmore Country House is located at the rear of St Finian’s church . It was designed by Lt. Col Richard Wellesley  Bernard who was an architect and engineer. He had completed military service in Egypt and must have been very impressed with the huge pyramids he saw there so he decided to build his own. The 4 sided pyramid is around 30 foot in height. It took four years to build is thought to be the only one of its kind in Ireland. You can visit the pyramid through the grounds of St Finian’s church which is on the road to Roscrea.

Steps lead down 8 feet below ground level into the pyramid where the coffins of the Bernard family were placed. Records indicate 6 coffins have been placed there, the first being Margaret, aged 24 in 1842 and the last being Ellen Georgina in 1907 aged 81. Col. Thomas Bernard himself died in 1844 aged 75. Other members of the family interred there are Major Scroope Bernard in September 1857 aged 38, Lt Col Richard Wellesley Bernard  1877 and Col. Thomas Bernard on December 13th 1882 aged 66.


We use cookies on our website, to improve the performance of our site. If you continue to use our website, we will assume you are OK with it. ACCEPT
Manage consent