Leap Castle (Leim Ui Bhanain)  Ireland’s most haunted castle is on the R421 towards Roscrea from Kinnitty, just 6 miles from Ardmore Country House B&B. To visit the castle call Sean Ryan at +35386 869 0547

Now the home of Sean Ryan Leap Castle is reputed to be Ireland’s most haunted castle and was a former castle of the O Carroll Clan until 1649.

Leap Castle was built circa 1250 by the O Bannans. It was the stronghold of the O Carrolls of Ely until 1649 after which it was handed over to the Darby family until the 20th century.

There are many gruesome tales of it’s history. One such tale is the murder of Thaddeus O Carroll by his brother Teighe as he celebrated mass in the castle chapel. This room above the main hall is now know as ‘The Bloody Chapel’. The story goes that after the death of Mulrrooney O Carrol in 1535 a bitter dispute arose between his sons.This came to an abrupt end when ‘one-eyed Teige who as mass was being celebrated by Thaddeus stormed into the chapel and drove a sword into the back of his brother who fatally wounded fell onto the altar in front of his family.The priest’s spirit is said to haunt the Bloody Chapel and is thought to Leap’s earliest ghosts.

In 1922 workmen at Leap Castle found an oubliette hidden behind a wall in a corner of the Bloody Chapel.  When they explored further they discovered so many human skeletons that it took 3 cart loads to remove them. Prisoners of the O’Carrolls would have been dropped down through the hidden trap door above the oubliette { the name Oubliette comes from the French word “to forget” } where they would be left to die a horrific death.

One of the most teracherous slayings that took place at Leap Castle was of about 40 members of the McMahon clan from Monaghan who had been hired by the O’Carrolls to train them in new methods of warfare. In celebration of their victory over a rival Clan of the O Carrolls the McMahon men were invited to attend a a feast at the castle in celebration of a victory over a rival clan of the O’Carrolls. What they didn’t know was that their employers had poisoned their food so as to avoid having to pay them.  The ghosts of the McMahon clan are said to haunt Leap Castle to this day.

In the 1600s the ownership of Leap Castle passed to the Darby family when the daughter of the O’Carroll chieftain married an Captain Darby an English captain.  During the Civil war their son Jonathan Darby hid their vast treasures in the grounds of the castle. The two servants who helped him were later murdered to guarantee their silence. Darby who was imprisoned for treason could not remember where he had hidden the treasure when released years later the location of which remains undiscovered to this day. 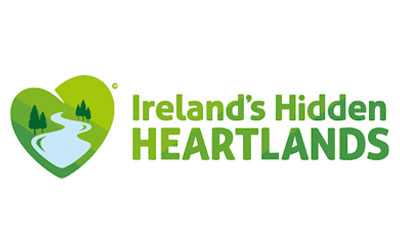